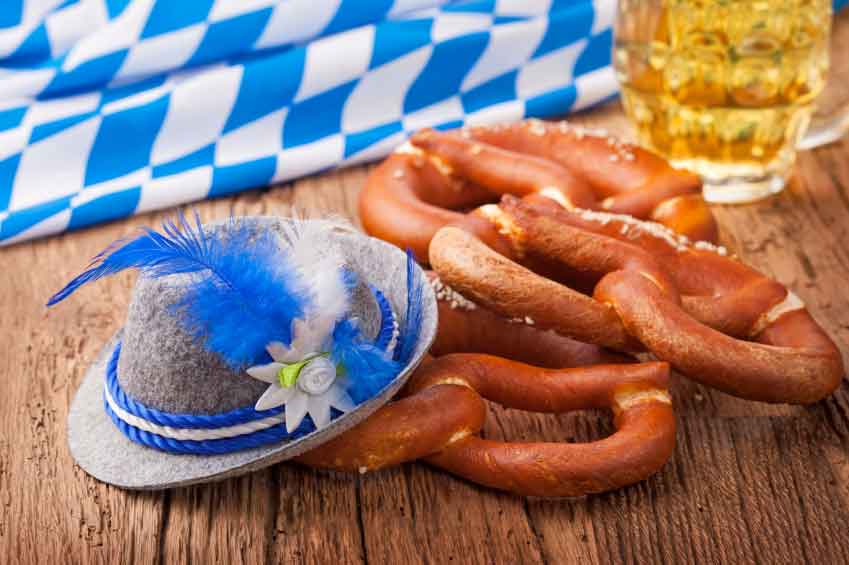 Oompah bands, lederhosen and green felt hats, blue and white checkered banners, knackwurst and sauerkraut. Let’s not forgot BEER! Those typically come to mind when you think of an Oktoberfest.

Oktoberfests are part of our family “things we just do” each year. Whether it’s our partial German heritage, or the fact that we like sipping german beer while listening to a rhythmic beat from a tuba as men in leather shorts slap their knees and feet while yelling at each other, we look forward to October each year.

Before moving to Maine we enjoyed cold imported lager from Spaten, Paulaner or Hacker-Pschorr. In Maine you’ll typically get local craft beers. We not saying that’s a bad thing, but we sure miss the nod to authenticity. You’ll also find more red hotdogs than bratwursts.

If you’re “from away” think of Maine’s Oktoberfests as more like fall festivals with beer.

17th Annual Oktoberfest
OK, this one isn’t even in Maine, but it’s “local” enough. We’ve attended it in the past and we’ve had a great time. They’ve even had entertainment for the kiddos. They’ve also had the requisite Oompah band and german food!

Oktoberfest Midcoast Main
We’re hoping to get to this one this year as it’s just up the road in Topsham.

Acadia’s Oktoberfest
This two day event is split between a wine and cheese festival on Friday and a beer festival on Saturday.